Saturday I went to the city to have lunch with some friends of mine. The day was splendid, with great sun and a light fresh breeze moving the heat away from your back.  Perhaps a sign that the good season is finally kicking in.

In the afternoon I moved closer to the Embarcadero, and planned for a nice walk around the piers when I suddenly remembered about the path to climb all the way up to the Coit Tower. So there I went. 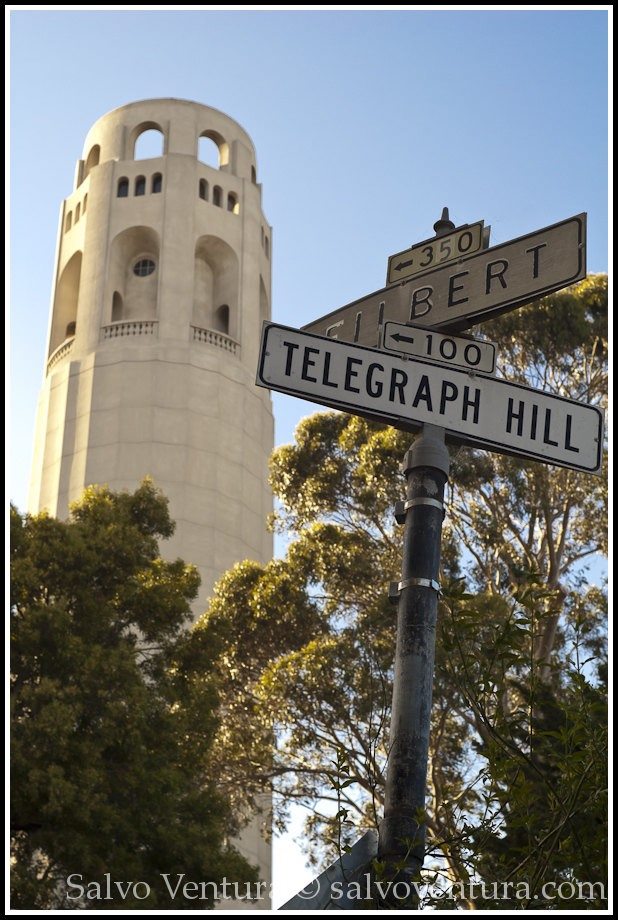 The Coit Tower in San Francisco

It sure is quite a steep climb on the mixed concrete and wooden staircase that connects sea level road to Loma Alta, but it is a very particular path to explore; as you climb higher and higher you leave behind the urban feeling of the city and fully embrace the fresh atmosphere of a green garden of plants and trees and flowers. The passion and dedication of the local residents have in fact created a path that is adorned with roses and jasmine, whose scent refreshingly pervades the air obliterating the fatigue of the long walk. I will post some pictures about that as well.

For those who have never been, the Coit Tower is open to the public, for free at the base and around, and for a small fee you can take the elevator to the top of the building, which gives a nice vantage point over the Bay  (if I can suggest, only go up during the day, and if the air is not too hazy). The inside is rich of historic information, and murals. 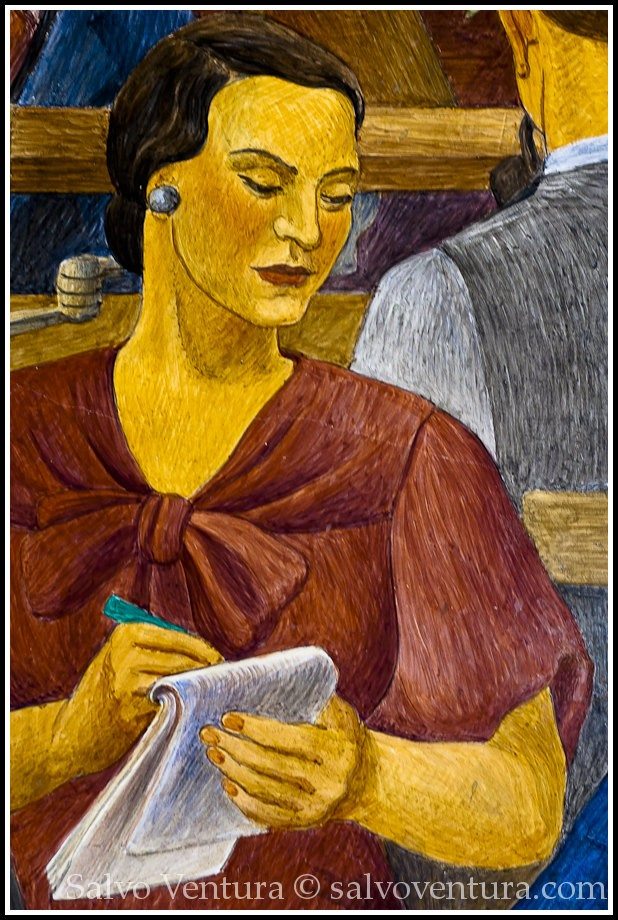 The view from the Coit Tower parking lot in a clear and sunny day is beautiful, embracing the Golden Gate Bridge, Alcatraz, Treasure Island, The Bay Bridge, Financial District with the Transamerica Pyramid, of which you can get a clear and interesting shot from the side of Green St. 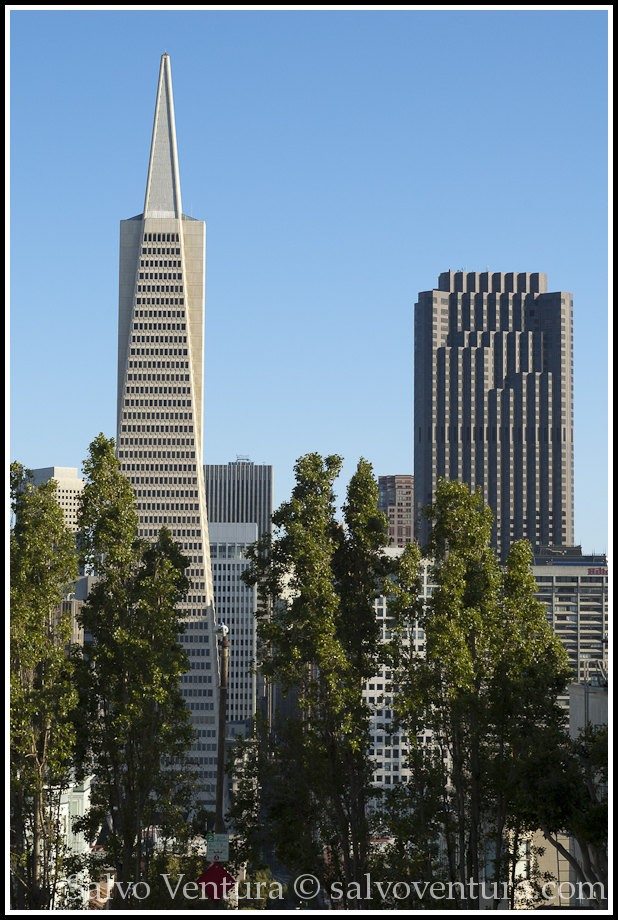 I finally managed to go to for a walk around Pier 1, a bit late to catch much movement, most shops inside the building already closed; yet as the sun was setting, got the opportunity for yet another shot at the Pyramid. 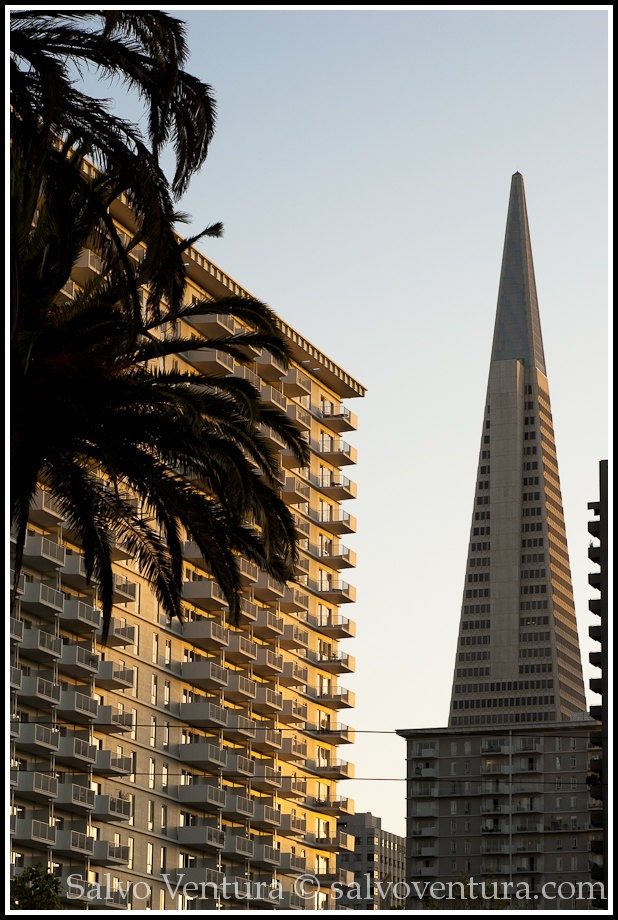 As usual, San Francisco never lets down her visitors, always offering something new even to the eyes most used to her attractions. Isn’t that beautiful? :-)

The Coit Tower in San Francisco