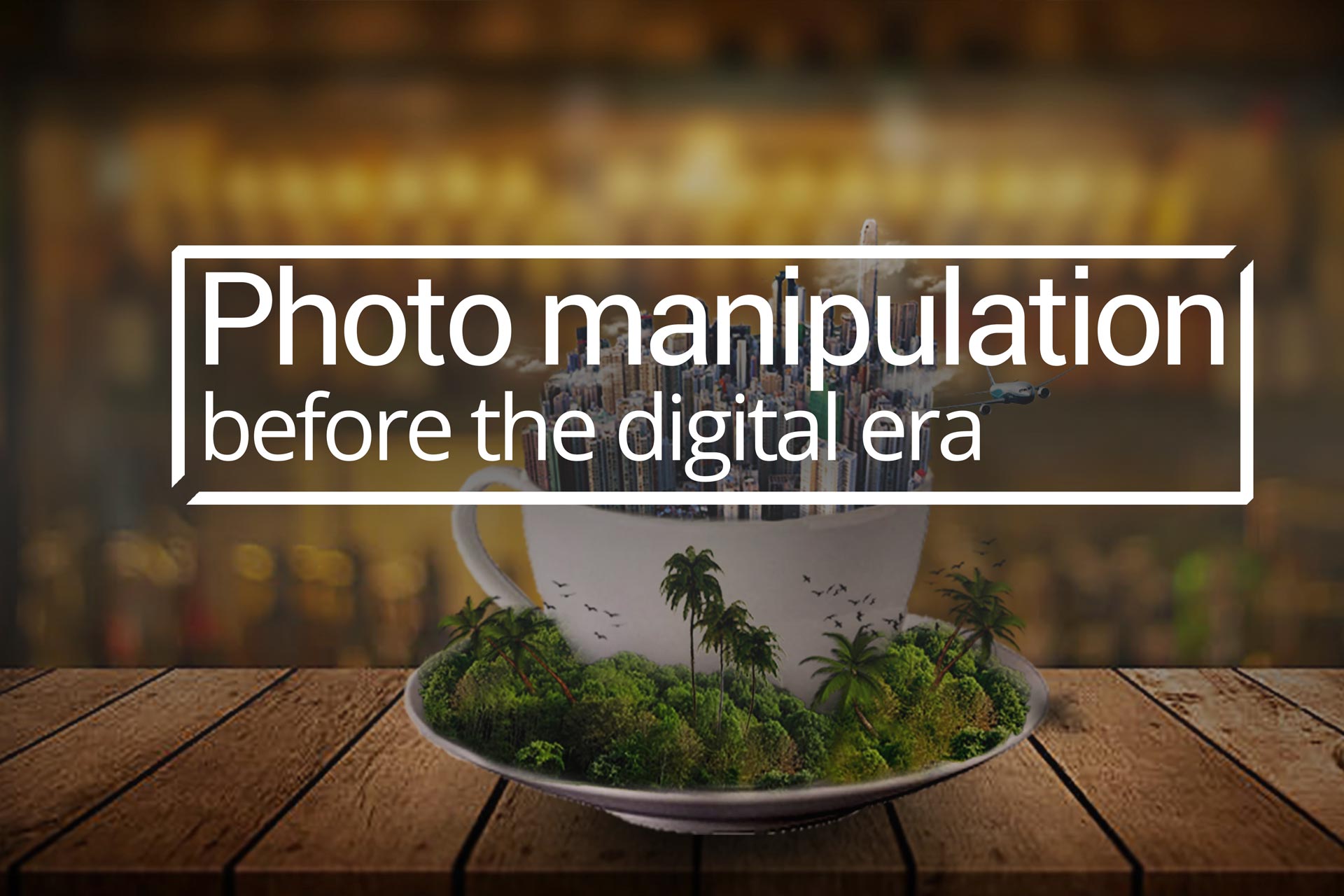 With the term photo manipulation we identify all the methods and techniques that are meant to transform and alter a photograph to achieve a desired result. Nowadays, we use the verb to photoshop, referencing Adobe’s Photoshop, the software program that allows the most convoluted and unbelievable edits. Trickery that can bend, transform or reinvent reality.

Growing up, photography meant film, and the faithful prints that would be picked up a week later at the store. Pictures never lied about us: there we were, in our rigid poses; squinting for the sun fiercely shining in our faces; eyes closed because of the sudden burst of the flash. Everything recorded in eternal perpetuity, encased in a plastic film. That merciless crude and cruel representation of reality has ingrained in us the idea that film photography is the real deal. But is that really so?

Photo manipulation started not long after photography was invented. The introduction of the first practical negative by William Henry Fox Talbot, opened up a whole world of manipulations and corrections which would be performed directly on the negative. In the beginning, the reasons behind it were to be found in the technical limitations of the medium itself. Early emulsions were more sensitive to blue and violet light for example, for which landscape photographs would always result in overexposed skies. The lack of color was the big elephant in the room for quite some time

In a sense, the camera actually always lied. Unable to capture reality as seen by the naked eye, early photographers had to compensate in post-processing. Landscape photographers would resort to combining multiple exposures, or even compositing, to achieve a more balanced and pleasant printed composition. Portraits would be hand painted, as cameras could not yet capture color. “A lie that tells the truth“, as Picasso would describe it. 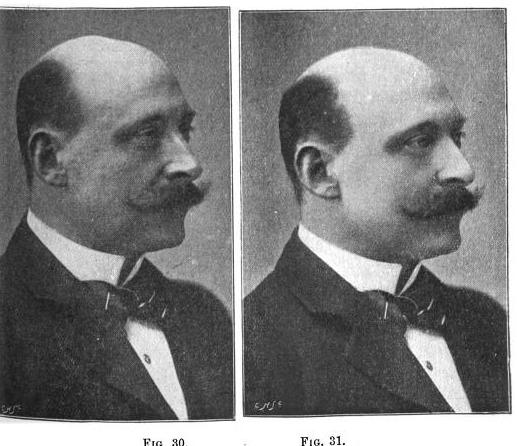 From: Finishing the Negative: A Handbook of All the Processes Between Fixing and Printing

Manipulation of the negative quickly became a much researched topic. Lots of techniques were invented, and taught, like exfoliation, to lighten some areas; matte varnish to recover some highlights; pencil to correct shadows; some India ink would be enough to make elements disappear entirely. 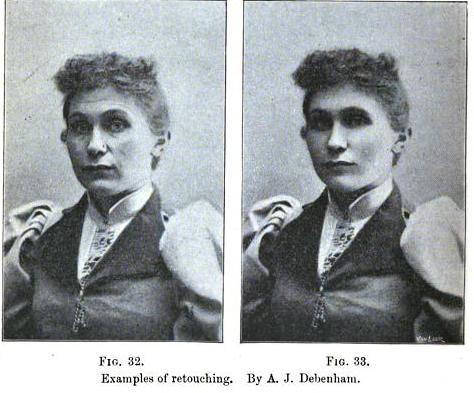 From: Finishing the Negative: A Handbook of All the Processes Between Fixing and Printing

Portrait retouching was in very high demand already in the 1870s. Photographers had already developed a great deal of techniques to satisfy their clients demands. Among others, the most invaluable tool for portrait photographers was the etching-knife. In expert hands, this tool was capable of fixing pretty much any fault. Crossed eyes, a crooked nose or to slim down a body size. The debate around necessary, artistic or excessive retouching, was very much on. 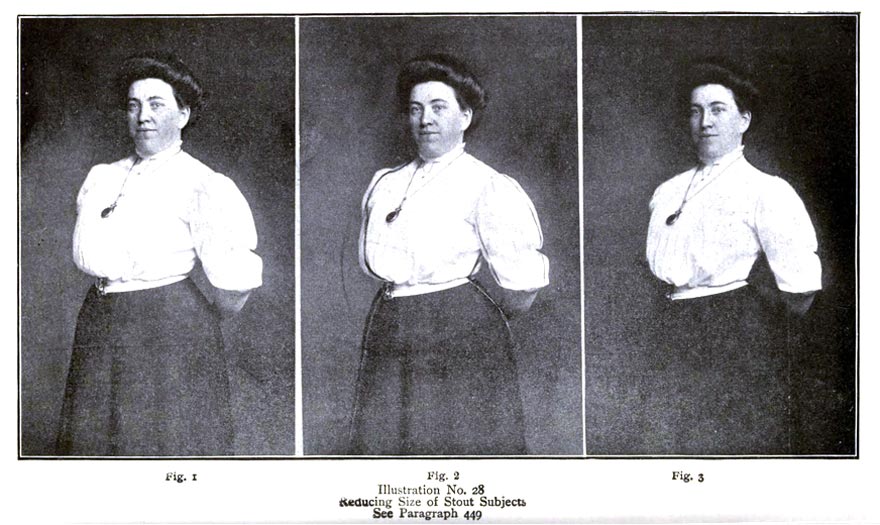 Photo manipulations techniques were extensively applied also on images commissioned for advertisement. This was often necessary to more realistically present the product for what it was. But it also provided a way to create captivating illusions, down to pure deception, by exaggerating desirable features.

There was no lack of manipulations done purely for fun either. Beginning of 1890 amateurs were all about giant babies, flying elephants, tiny men trapped inside bottles and other unimaginable – yet very realistic – things. Apparently, fake self-decapitations were a thing at the time as well.

Some artists embraced early on the manipulation of negatives as a natural part of the creative process.

Photo manipulations came as a natural component of the photographic workflow since the early days of the invention of photography, whether to overcome technical limitations, to enhance portraiture or to falsely exaggerate for advertisement.

If you would like to learn more, let me point you to a beautiful pair of articles written by Jocelyn Sears, which you should absolutely read. Another great article, was written by Gene Gable, and additional photo samples can be found in Amanda Uren’s article.

In 2012 Mia Fineman put together an exhibit at the Metropolitan Museum of Art in New York, called Faking It: Manipulated Photography Before Photoshop.

And for the most curious, here a list of books, made available by either Google or Archive.org, free to use, online and offline.