I am not going to explain what a blue moon is, and there is no need to say that it’s a relatively rare event. This year – though – the peculiarity about it was that it happened on or around New Years Eve. 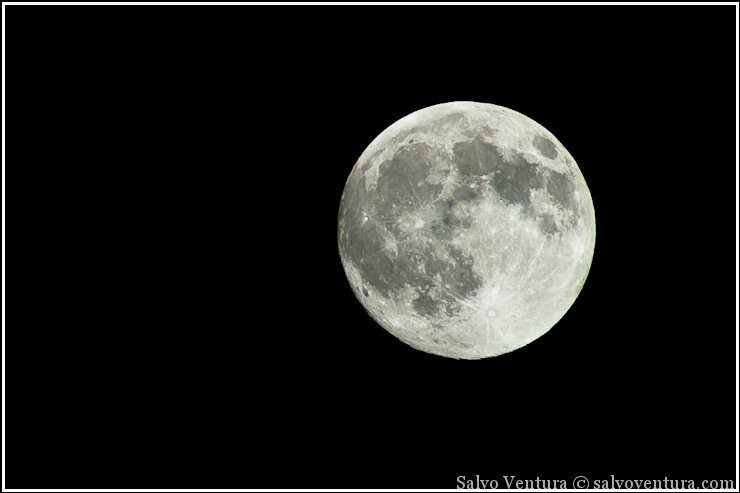 The night I went out for the shot, the sky was heavily covered with dense clouds, which were allowing only few glimpses of the moon, and it was so for miles around. I was about to go home, then I decided: well, better a bad picture than no picture at all. Set up my stuff, pointed camera upwards, and started taking shots and measurements every time the moon would show through the clouds. Relatively mild temperature did not urge me to leave after the first few shots, but the winds were strong up there. And that was when I started feeling lucky: clouds were finally giving up the sky, the wind was sweeping them away. What was left was such a clear air that all I needed to do was to point camera up, zoom, focus and shoot. My best moon shots so far. Hope they won’t happen in another blue moon. :-) Hope you like the shots.

One Reply to “Blue moon”