This majestic symbol of San Francisco, the Bay Area and the Far West, cannot not be left out by any photographer living in the area. It’s too appealing, and relatively difficult to miss.

Digging into my photo collection I found quite a few Golden Gate pictures, but I thought these would stand out for a reason or the other. Hope you like them.

This is one of the most iconic pictures of the Bridge: you must have seen it everywhere. Chances are, you have shot one yourself. I would so much shoot the “bridge in the clouds” picture one day or another, but I admit I have never researched enough on it. Shame on me. 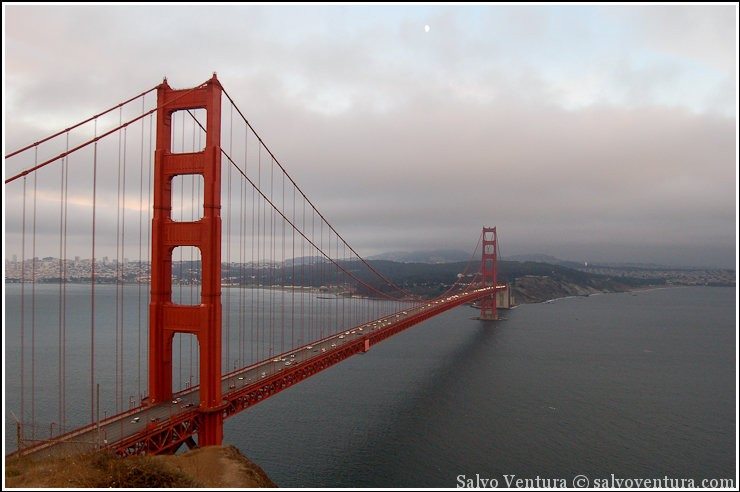 For those who don’t know, there is a Vista Point across the brigde, heading North towards Sausalito. This one was shot the same day as the previous. I remember now it was a windy day. 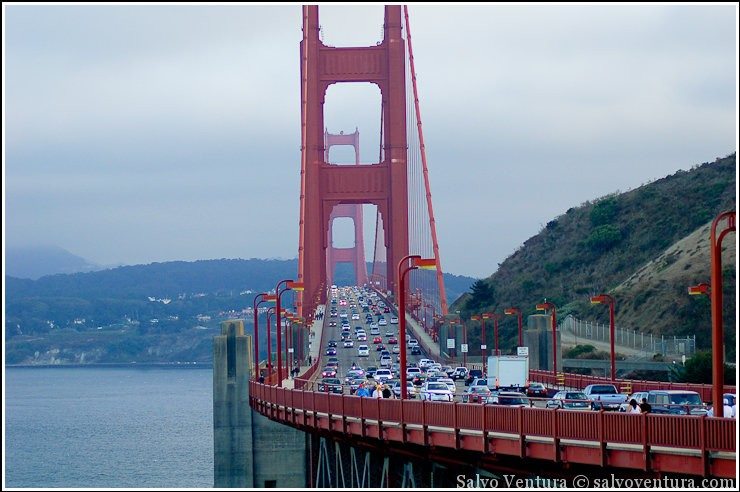 I find the Presidio to be an excellent location to portrait the Bridge in its entirety, and with an interesting framing. That day I also had some nice clouds, and a sunset going on. This picture was taken more than one year after the previous ones, on Oct 2007. 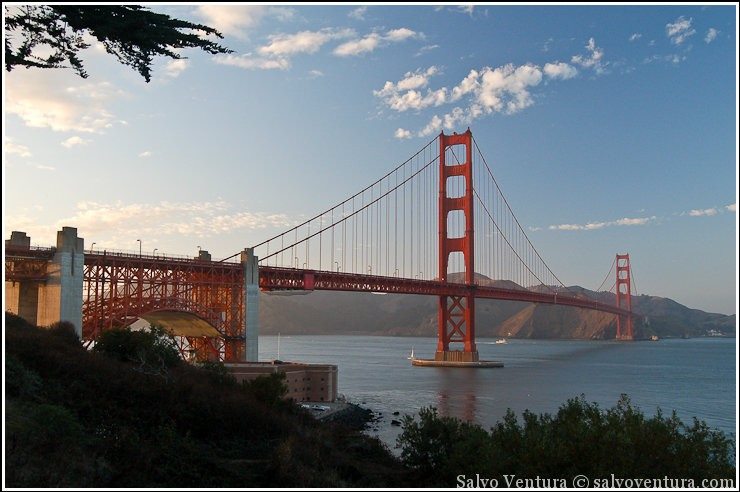 The Presidio: facing the Ocean

You must have also seen those pictures taken from outside of the Bay. Well, they are either from Baker Beach, or the Presidio facing the Pacific Ocean. The following picture was taken from approximately here. 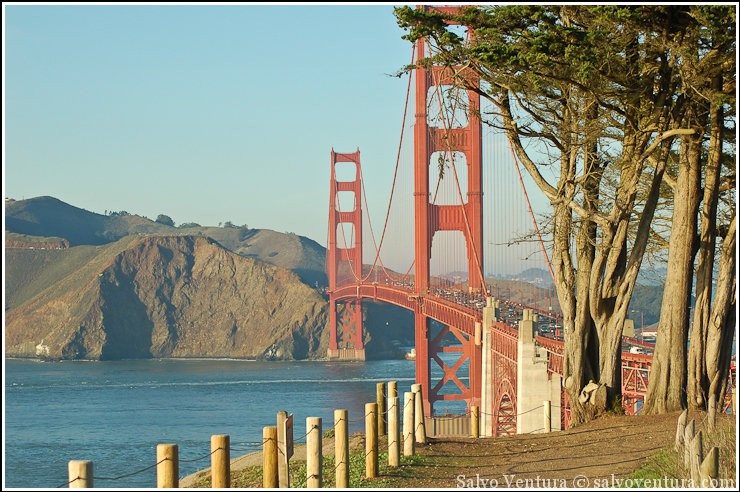 Well, I am not 100% sure this was taken exactly from Crissy Fields, but it must have not been too far off anyways. Sunset, nice calm weather, and a colorful sky. 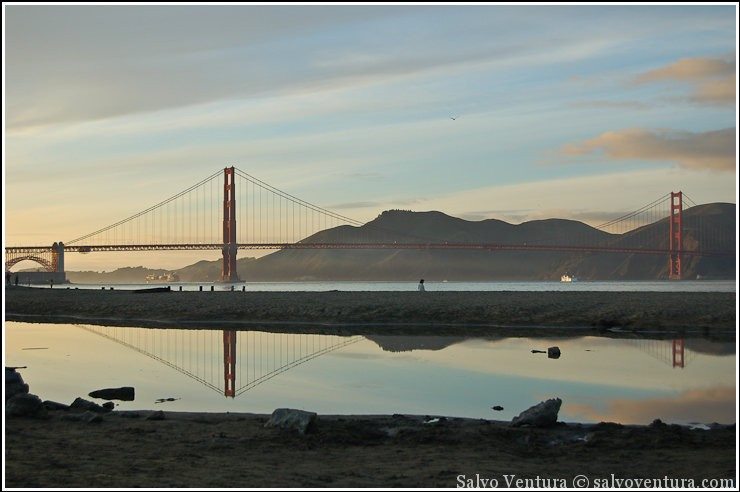