Last Saturday I went up to the City to meet two dear friends of mine and attend the Blue Angels air show. After meeting at their place – I was kinda late – we drove down to the Marina, from where we could watch the show enjoying a decent view. The Blue Angels air show is part of the greater Fleet Week event, of which you may also have heard about, that includes the parade of many military ships and the opening to the public of some ships to visit. 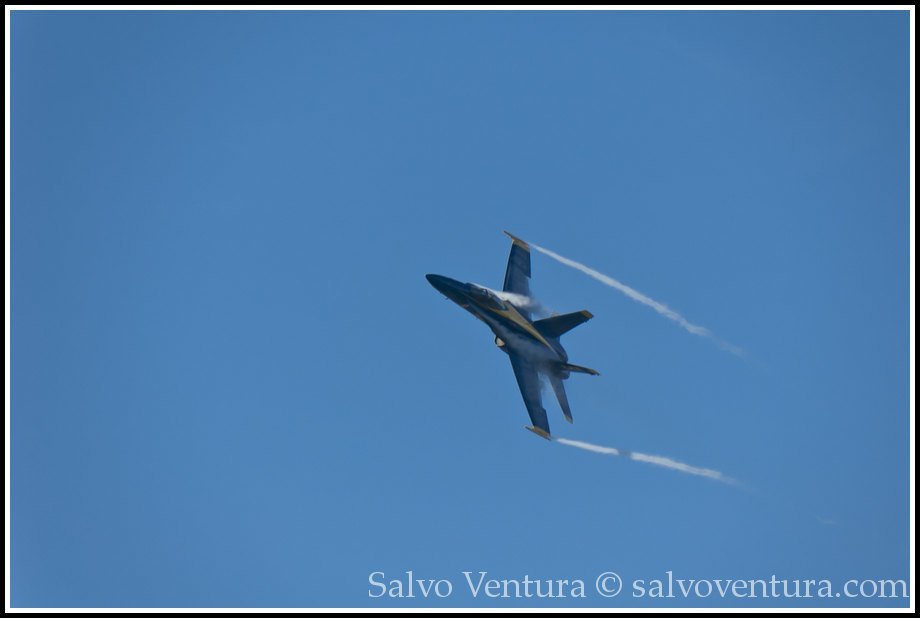 The best place to watch the show is most likely on the roof-top of one of those Marina buildings, but until I get the right invitation, my vantage point will be with the crowd. 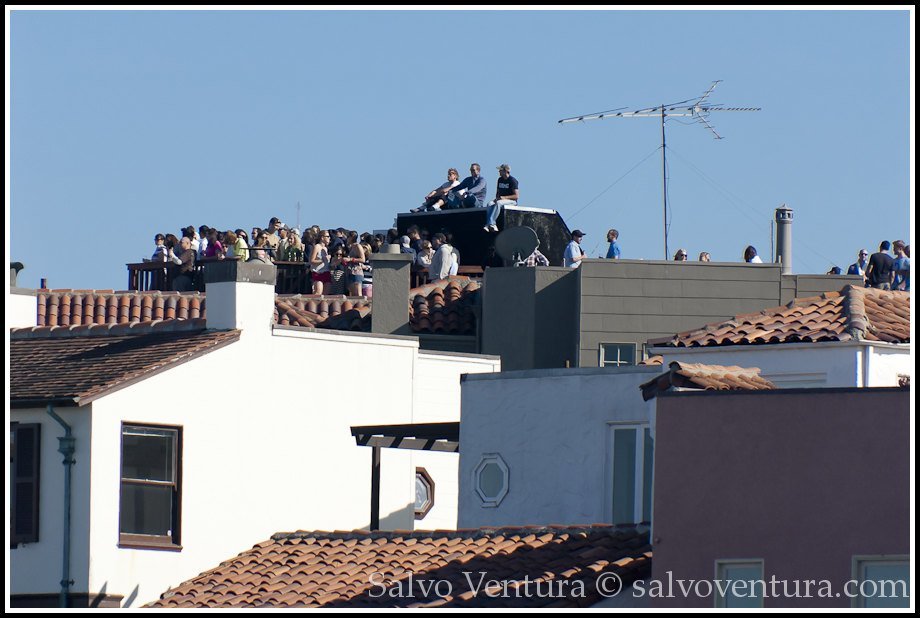 The show is very much similar from year to year, yet it is probably never tiring. If it weren’t for the traffic and parking headache, I bet many more people would attend every year. 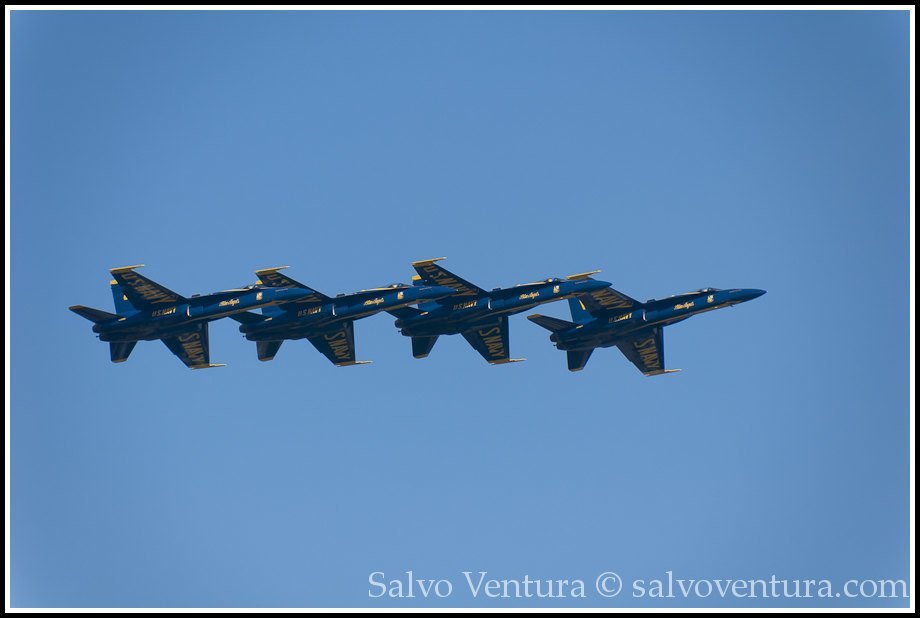 After some walking on the Marina, my friend and I found a nice place close to some speaker that was announcing the various acrobatics that were about to happen. 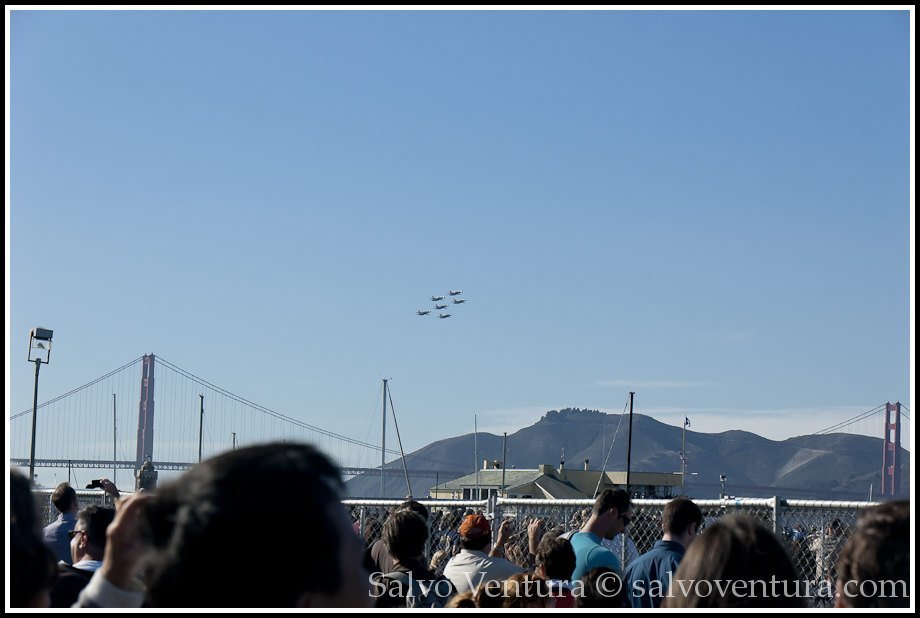 From the Golden Gate Bridge

My friends and I got lucky, as the show the day after got canceled because of fog, I believe. Apparently one show of the two has always been canceled, so this for us was like a lucky coin toss for us. The show was good, the weather was excellent and the company was outstanding: what else to wish for a Saturday afternoon? Hope you enjoy the rest of the pictures :-) 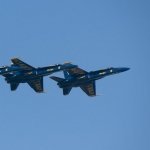 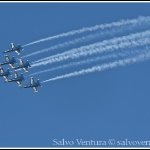 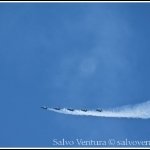 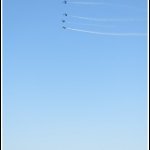 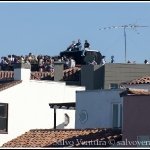 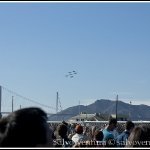 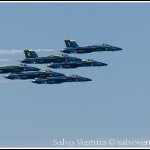 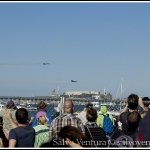 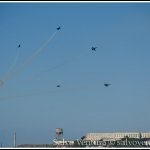 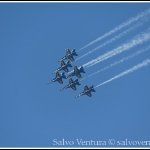 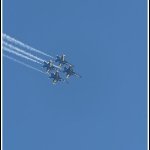 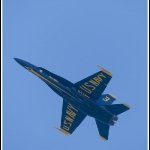 One Reply to “Blue Angels show in San Francisco, 2011”