The ING Bay to Breakers run/walk takes place in San Francisco every year around this time. An estimated 60,000 people participate every year, most of them wearing costumes, or nothing but shoes.

This was the 99th edition, and was run just last Sunday. Living in South Bay, I had to wake up at 5.00am to get to some dear friends’ house, and pool from there to get to the start line on time: 7.30am. 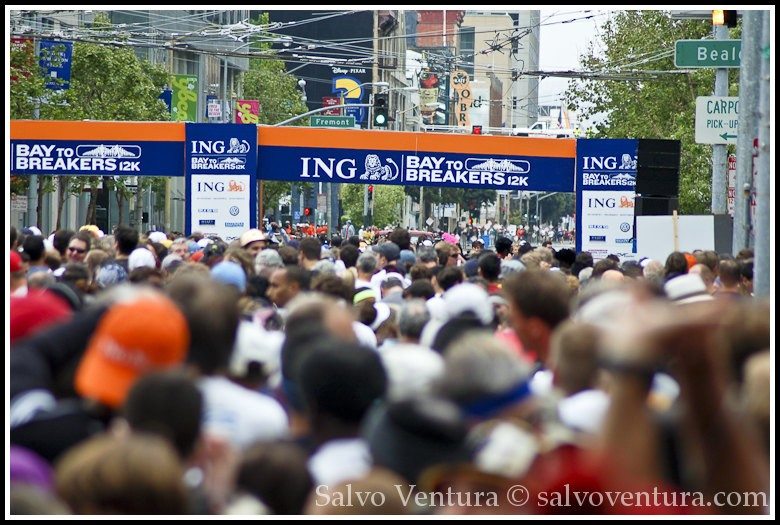 The weather was fresh, getting actually colder the closer we were getting to the finish line, which took us around 3 1/2 hrs. Not too bad, considering we were taking it relatively easy, and also stopping now and then to take some pictures.

For this event, I would recommend to go as light as you can: water is generally provided on the track, and besides some energy bar, you won’t need much food either. If you can lighten up on gear, that would make the most difference, but I saw many photographers carrying two camera bodies obviously to avoid the time consuming (and potentially dangerous) lens switches in crowded – and sometimes wet – places.

What lenses? Almost all, excluding perhaps too wide, unless for some cool effect at the starting point. You’ll need to both portrait and full body pictures from relatively close range, up to nice perspective effects and detail catching of a long lens. Not sure about a flash: I didn’t use mine, but some did.